Learning on the Street

Son, on your 18th Birthday I gift to you a world that we made a mess of 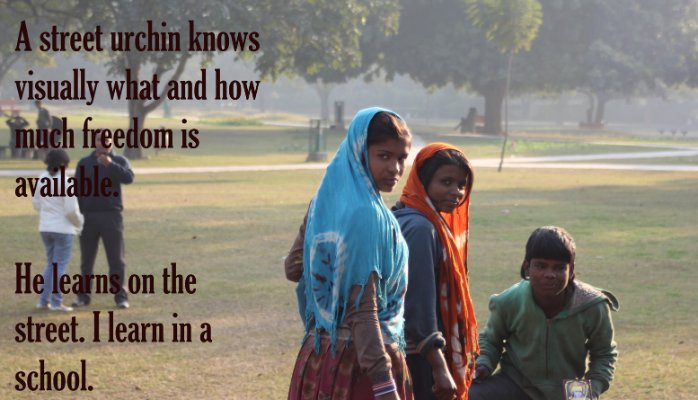 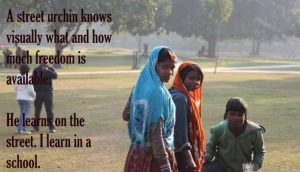 I studied the concept of freedom for 12 years at school, followed by another 4 years at college. Then I met a street urchin who was handling freedom on the street, learning something new each day, and trying it out. He knew visually what and how freedom was available. My all education told me that I was totally free. But still, I was in no position to challenge him on the concept. Yes, I could make clubs to keep him out of the system (clubs means a heavy object to smash someone’s head)  and literacy was born. So if you’ve not been to college you’re illiterate.  And such many other fake and fascist concepts.

An urchin gapes in awe at the knowledge we have. We ask him to come and learn. for this he must enrol. This subjugation keeps him away. He prefers not to learn since he is afraid that he would not understand us and make a fool of himself. He doesn’t know that he is learning and he wanders about without purpose. But that’s the beauty of learning. You learn faster when you are not aware.

A street urchin knows visually what and how much freedom was available. – Vineet Raj Kapoor

The speed with which the knowledge is growing is logarithmic and the education system is not able to manage it. Long back when there was little knowledge, just a little philosophy, you could learn it at home from your parents. Then someone wrote books to help you (self help books of course). The books told the same thing, but some people failed to read, so someone who could read started helping you. But when the class grew he had to yell out knowledge – he was your first preacher.

Later, the religious preachers took over teaching and religion became centre stage. Surely, that brought power to religion which converted from being just a school of thought to a power centre, when the knowledge moved to colleges and universities. Some of the preachers moved to the colleges, while others held back in a vain hope that they were important (they still are in the vain hope zone)

The knowledge kept growing and you required multiple teachers to help synthesize it for your liking. Finally it became so diverse that they have ask you what you wanted to learn. Later on it again grew so they had to control your width and you focussed on the depth. The Universities asked you to come back and study further for this. Now, the seat knowledge was again usurped by the internet. Freeing of knowledge is not about philanthropy, but about control. People with knowledge but no power started sharing it on the internet. So college teachers also moved to the internet to share their knowledge, and again some held back in the vain hope that they are important. Are they? History tells us that the ‘learn’ has changed again!

Parents, Preachers, Teachers are now back to the sidelines. With so much knowledge, it is now back to the student to take the call on what to learn.  Well, exactly like birds. Oh! so are animals more evolved than us? Can’t really say, but they’ve been around longer, surely. Hey, jackal, where did you learn the Pythagoras? “I (h)ate it!”

Well, coming back to the crisis, the University System takes time to respond, and we (the learner) have no time. Did you notice that most of the good things were brought in by people who found the University System too slow and speeded up (not dropped out like most would like to quote). People who could study faster through books went ahead. People like Walt Disney, Steve Jobs, Bill Gates, and others. By the time their friends graduated, they were far ahead.

My ability to learn is logarithmic, your ability to teach is linear. – Vineet Raj Kapoor

There is no substitute of learning at play, and we would move to self learning systems which include play along with knowledge. Well again the animals beat us at it! It’s funny that we think of animals as dumb things, and often test an animal at it’s ability to learn our things! Ha! consider birds testing us on our ability to learn flying!

The man who knew too much, that is you

be a top notch freelancer in 60 minutes 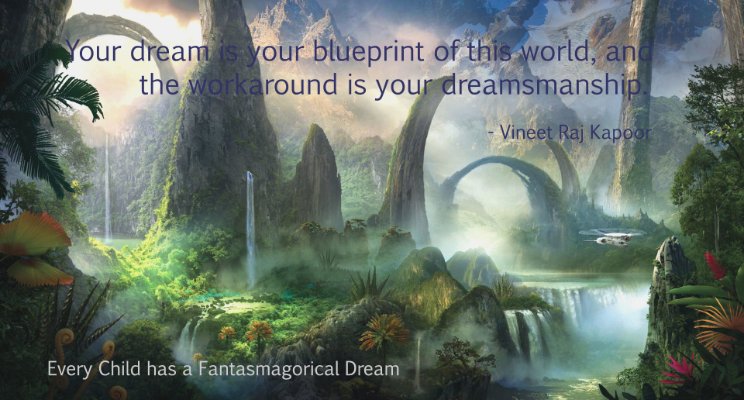 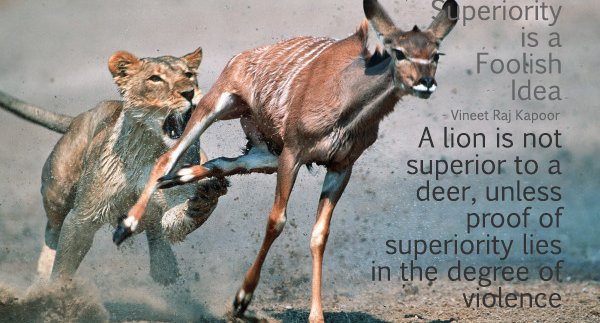